You can read the WSJ article here. Excerpt below. 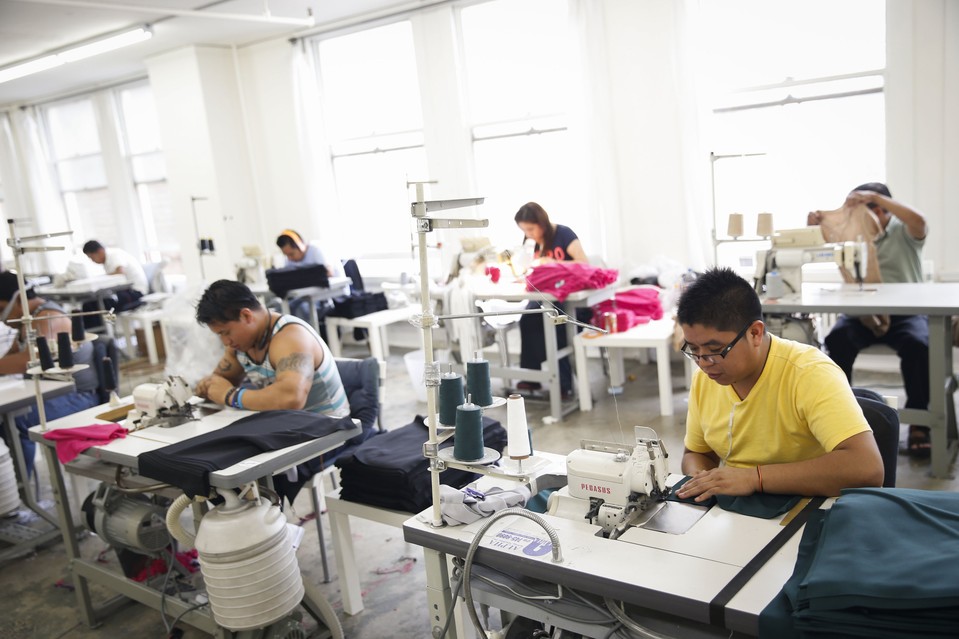 LOS ANGELES—Its numbers have slipped from earlier highs, but Los Angeles still boasts more jobs making jeans, jackets and other apparel than any other pocket of the country.

Manufacturers and designers now fear “Made in L.A.” is under threat from a new law set to boost the city’s minimum wage to $15 an hour by 2020.

The city’s wage law, which will raise the base pay by 50% over five years, serves as a test for urban minimum wages. Advocates say it will provide much needed help for working families but manufacturers warn it will undercut their competitiveness and drive them out of town.

Contract apparel manufacturer 5 Thread Factory, whose garments include shirts for men and women, mountain-bike gear and other products, has outgrown its two floors of space in a gritty downtown neighborhood just three years after it opened. But with wages rising, CEO Brian Zuckerman said he won’t sign another lease in the city.

“The simple answer to this whole conversation is we’re moving out of the city of L.A.,” he said. 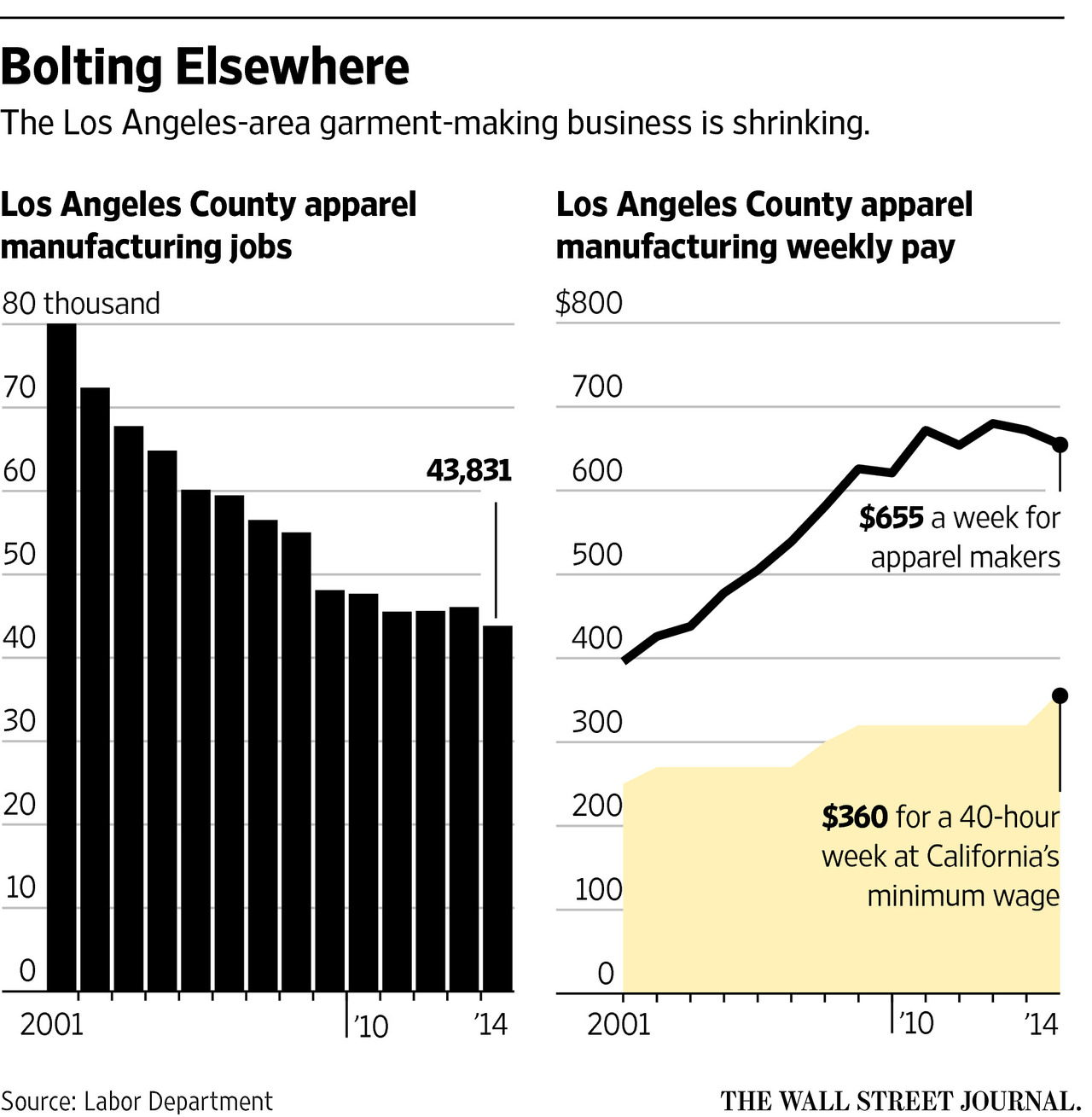