Forever 21, the large garment manufacturer of young women’s clothing, has acquired two large buildings in the past year.  The first building is the 370,000 square foot Overland Terminal facility at the intersection of Alameda St and Olympic Blvd in Downtown Los Angeles with a price of $20 M.  This multistory building has parking and dock high loading.  The second purchase was in the City of Vernon on Sierra Pine Ave.  This collection of several Class B buildings totals near 130,000 square feet.  Forever 21 was the tenant in the buildings and the sale price was approximately $6.5 M.

The company is based in Downtown Los Angeles and occupies several hundred thousand square feet of buildings at Alameda St and 20th St.

The Vernon City Council passed a resolution to increase the Special Parcel Tax rate from $.20 to $.22 per square foot of land.  Expect annual increases of two cents. It applied to properties containing non-refrigerated warehouse uses, truck and freight terminal uses and other distribution uses. 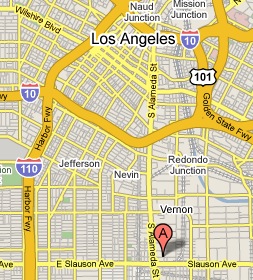 The City of Vernon recently acquired the 11 acre Smurfit-Stone (formerly Container Corp) site on 57th Street, after the container manufacturer decided to close the Vernon plant and consolidate operations into other facilities.  The City expects to have a contractor demolishing the existing facilities on the site beginning later this month.  The City’s Industrial Development staff is currently in discussion with several large manufacturers about future use of the site.

The City has purchased several large land sites over the past several years in order to control the destiny who occupies the sites.  The City prefers companies that manufacture, employ more persons than warehousing operations, and that use copious amounts of the power that the City sells.  This interference by the government in the free market of real estate deals definitely rubs some people the wrong way.