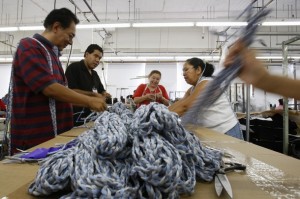 The Bureau of Labor Statistics released its latest U.S. Labor Market Report on Friday, covering the U.S. employment situation in December, and the news was depressing.  Total nonfarm employment fell by -524,000 jobs in December, and the job losses in October and September were revised down to -584,000 jobs and -423,000 jobs respectively.  In percentage terms, employment has declined by -1.12% in the last three months.  This was the biggest three-month decline since mid 1980 and before that, the first three months of 1975 (Both years saw severe recessions). 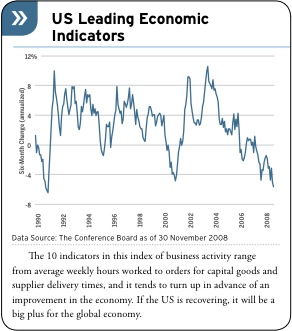 Labor market conditions have deteriorated significantly in recent months, and the damage is spreading rapidly.  About 55% of the jobs lost during 2008 were in manufacturing and construction.  However, that share has been dropping recently, as jobs are disappearing in almost all sectors of private industry (except health services, private education, and mining).  The nation’s unemployment rate hit bottom in March, 2007 at 4.4%, when 6.7 million workers were jobless.  By last month, the number of workers without a job had grown to 11.1 million, an increase of 4.4 million unemployed.  The nation’s labor markets are quite troubled, and more bad news is likely in the next few months.

Although these data are countrywide, the Southern California and Los Angeles economies are not unlike them.  These leading indicators are likely an omen of decline for the local warehousing and manufacturing industries and the real estate they occupy.

Are we in a recession?  Maybe, maybe not.  The U.S. economy is expanding and is likely to show a 2% annual growth rate this Thursday.  Picture taken from today’s WSJ article.