The City of Los Angeles developed The LA Business Portal, which provides all of the information you need to plan, start, manage, and grow your business.  This is a good resource for business owners moving into the city limits. There is guidance on zoning, compliance, employees, registration, etc…

Interesting article in the LA Times and how the California and Los Angeles minimum wage increases will affect the Los Angeles garment manufacturing sector. Quote “In the last decade, local apparel manufacturing has already thinned significantly. Last year, Los Angeles County was home to 2,128 garment makers, down 33% from 2005, according to Bureau of Labor Statistics data. During that period, employment also plunged by a third, to 40,500 workers.”

On February 10, 2016, the Los Angeles City Council adopted the “HI” Hybrid Industrial Live/Work Zone Ordinance, which creates a new zone classification in the City of Los Angeles, the Hybrid Industrial (HI) Zone, with accompanying land use and development standards. The Ordinance becomes effective March 30, 2016. Generally, the purpose of this new zone classification is to permit the development of residential live/work units, hotels and other specified commercial uses on property within an existing current industrial zone and designated as Hybrid Industrial in the General Plan.

The newly adopted HI Zone is the first industrial zone of its kind in the City. In addition to permitting a mix of residential and commercial uses on industrial land, projects sited on land zoned as HI may exceed a Floor Area Ratio (FAR) of 1.5 up to a maximum of 6:1 with the provision of public benefits and other development commitments like below-ground parking as specified in the Ordinance. The Ordinance includes development incentives in exchange for affordable housing, additional non-residential floor area, public art and public open space, among other commitments. In addition, the HI Zone includes an FAR exemption for the reuse of existing structures. The new zone also includes stringent requirements regulating the size and layout of the permitted live/work units to promote productive work spaces compared to traditional residential developments.

The Ordinance was hotly contested among stakeholder groups regarding the density bonus program and other development incentives.

December 2017 UPDATE: The city rescinded the ordinance  because on March 23, 2016, the Petitioners Yuval Bar-Zemer, Mark Borman, Paul Solomon, Arts District Community Council LA, and Los Angeles River Artists and Business Association (Petitioners) served the City with a petition for writ of mandate claiming the City violated CEQA on the basis that an initial study and possibly an environmental impact report were necessary to adopt the Ordinance. The trial was held on April 11,2017.

The City of L.A. continues to make progress on it’s re:code project. Here is an excerpt from the draft report several months ago. I’m glad to see they are not neglecting industrial zone issues.

Los Angeles, as is true of many modern cities, is
losing industrial acreage to both fragmentation
and alternative uses. Some of the challenge lies
in the modest value of many industrial areas, and
their appealing large-scale, open floor plan buildings,
which attract uses as varying as churches,
indoor trampoline parks, and artists of all kinds.

The Mayor’s office and Planning Department
have been working to protect industrial land since
2003, including studying the issue (Los Angeles’
Industrial Land: Sustaining a Dynamic City Economy,
2007), and issuing new staff direction in 2008.

It is difficult to retain industrial uses where financial
pressure from allowed retail, stand-alone office
and residential uses extends into existing industrial
areas. Thinking specifically about those industrial
areas designated by the City for retention, it is important
to restrict incompatible uses that drive land
costs for industrial users up.
MR1 and MR2 are the most restrictive existing
zones with regard to allowed uses, but they apply
to about 12% of all industrially-zoned land. These
zones were created in 1974 to protect industrial
uses, but have not been applied to enough land
area to meaningfully impact retention of industrial
land.
The more common M1 and M2 zones apply to
41% of all industrially-zoned land. These zones
continue to allow “any enclosed C2 use,” creating
competition by industrial users for land sought
after for retail and office purposes.
In order to achieve true industrial protection, a
more restricted use list must be applied to those
properties with existing industrial uses intended to
be protected.

The existing industrial zones are one example of where the “cascading” or “pyramidal” approach to regulating use (allowing the uses from a previous zone, and then adding a few new uses) leads to frustration for the average code user. For example, the M1 Zone allows any use permitted in the MR1 Zone and any use permitted in the C2 Zone. When the user turns to the C2 Zone, it allows any use allowed in the C1.5 Zone or C1 Zone. Turning back to the C1 Zone, it allows any use in the CR Zone. The user of the code must review the use lists from 5 other zones to find all of the allowed uses for the M1 Zone. Flipping back through the zoning code to determine whether a proposed use is allowed should be remedied in by providing a comprehensive allowed use table.

The City Council yesterday approved the Comprehensive Zoning Code Revision Ordinance, paving the way for the city to update its zoning code for the first time since 1946.

It takes three separate Los Angeles County offices, Assessor, Auditor-Controller, and Treasurer and Tax Collector to produce and account for your property tax bill and payment.

Auditor-Controller.  The Los Angeles County Auditor-Controller adds direct assessments to the Assessment Roll then applies the tax rates, which consists of general (1%) levy and debt service (voter & bonded) tax rates to the value to create an Extended Assessment Roll. The Extended Roll is then sent to the Los Angeles County Treasurer and Tax Collector for individual tax bill distribution and payment collection. 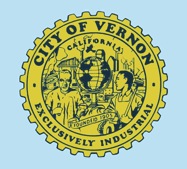 After two years of deliberation a new City of Vernon Comprehensive Zoning Ordinance was approved by the City Council and became effective on January 16, 2008.  Now the “2009 Issue” no longer will complicate owning property in Vernon.  Industrial real estate brokers and prospective property buyers can now feel relieved regarding this issue.

However, not all is well in the Exclusively Industrial city.  City officials are considering an increase in the Special Parcel Tax which was intended to support the improvement and maintenance of city streets.  As the city’s businesses slowly changed from manufacturing to warehousing and distribution over the past few decades, the city sought increased revenues to address the infrastructure crumbling under the heavy truck traffic. Originally implemented in 1998, the tax applied to properties containing non-refrigerated warehouse uses, truck and freight terminal uses and other distribution uses.