The Downtown-based garment maker American Apparel has reached a 10-year agreement with landlord Meruelo Maddux Properties to stay in its 800,000-square-foot, Warehouse District headquarters, according to American Apparel financial filings.

Although American Apparel’s lease expired in December 2008, it has continued to occupy the pink factory building at Seventh and Alameda streets. The extension comes more than fourth months after Meruelo Maddux, Downtown’s largest landlord, entered bankruptcy.

Prior to reaching the deal, American Apparel, which employs about 5,000 workers at the 747 Warehouse St. factory, was mulling a move. The company considered an old Boeing plant in Long Beach, among other potential new homes, said their real estate broker.

“There were other considerations, other buildings to look at, but Meruelo stepped up,” he said.

American Apparel represents Mereulo Maddux’s largest tenant, both in terms of the size of its space and the value of its former lease.

American Apparel CEO Dov Charney said the lease was agreed to this month, but declined to comment further on the deal. Richard Meruelo, CEO of Meruelo Maddux, could not be reached immediately Tuesday afternoon.

In addition to housing almost all business operations, the factory has also served as a massive billboard for the company to promote itself and its progressive, often immigration-oriented political messages. American Apparel can also now safely cling to its various mottos touting its “Made in Downtown L.A.” cache.

Forever 21, the large garment manufacturer of young women’s clothing, has acquired two large buildings in the past year.  The first building is the 370,000 square foot Overland Terminal facility at the intersection of Alameda St and Olympic Blvd in Downtown Los Angeles with a price of $20 M.  This multistory building has parking and dock high loading.  The second purchase was in the City of Vernon on Sierra Pine Ave.  This collection of several Class B buildings totals near 130,000 square feet.  Forever 21 was the tenant in the buildings and the sale price was approximately $6.5 M.

The company is based in Downtown Los Angeles and occupies several hundred thousand square feet of buildings at Alameda St and 20th St. 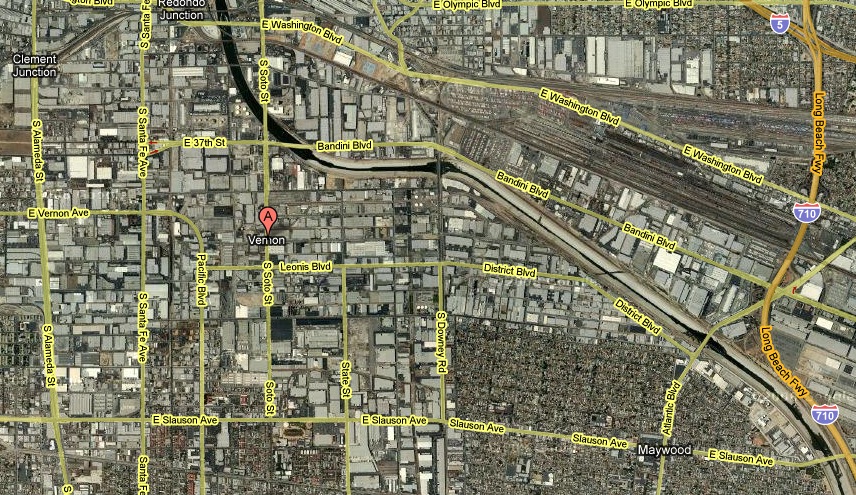